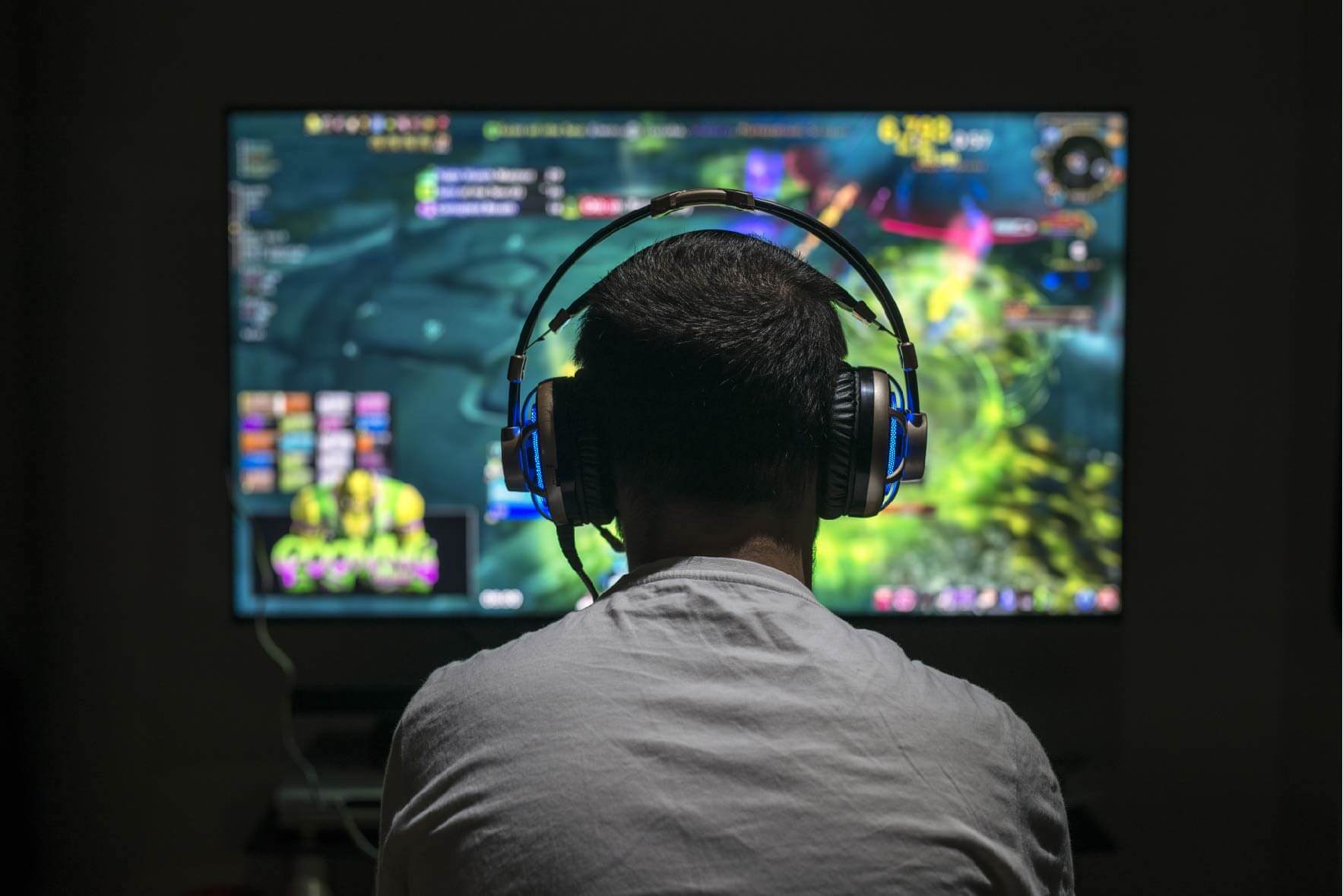 Esports—it is one of the most exciting (and fun!) categories to hit our industry in a while but cracking the code to reach the gaming consumer has been somewhat elusive. However, gamers are savvy, rely on their online community to discover the next big thing, and may be more willing to adopt supplementation more readily. Other products such as blue-blocker glasses and ergonomic gaming chairs have caught on in the last few years and with a little education and clinically demonstrated benefits, there are a few white space opportunities in the esports market where supplements can complement existing products which have had market success.

Blue light is a component of the visible light spectrum with the greatest source of blue light being the sun. However, modern lifestyles are increasing exposure to blue light from other sources including energy efficient lights, personal devices, televisions, and you guessed it, computer screens. With gamers experiencing the effects of extensive blue light exposure such as digital eye strain (a.k.a., computer vision syndrome) and with symptoms manifesting in as little as two hours, the need for products to help filter blue light emerged.

Blue light glasses were quick to hit the market—but unless worn all the time, their protection was limited only to screen time. Moreover, blue light protectors and “night mode” options have been known to change the colors of screens, which can drastically effect game play especially for games that depend on color contrast. The macular carotenoids (lutein, RR-zeaxanthin, and RS [meso]-zeaxanthin), present in predominantly certain vegetables and found in high concentrations in the macula of the eye can absorb blue light, and in this way, protect the eyes against blue light damage from the inside out.

There is also the matter of the eye-brain connection. Since lutein readily passes through the blood-brain barrier and is also concentrated in certain parts of the brain, it is suggested that it confers cognitive benefits as well. Out of all the carotenoids found in the brain, lutein and zeaxanthin are the most abundant and deposited in areas of the brain associated with information processing and memory. Retinal tissue is unique because it is, essentially, an extension of the brain and lutein levels in the macula are correlated with levels in the brain. Indeed, research has shown that higher lutein levels including higher MPOD (Macular Pigment Optical Density) is positively correlated with cognitive function and performance. Considering gamers need to rely on the sharpness of both their eyes and brains, support for both could be the difference between first and second place.

Lastly, macular carotenoids have also shown sleep benefits. Digital device use extends well beyond the length of the natural day and adds to the duration of blue light exposure. And not all light is the same. For instance, both blue and green light have short wavelengths and have been shown to suppress melatonin, a hormone which has long been associated with the sleep-wake cycle. However, blue light has been shown to suppress the secretion of melatonin more drastically.

In an experiment conducted by Harvard researchers, it was shown that blue light exposure suppressed roughly twice the amount of melatonin and shifted circadian rhythms twice as much as green light.

Lutemax 2020 delivers all three macular carotenoids in a 5:1 ratio as found naturally in the diet and has been clinically shown to help with the following benefits—all which can support gamers and esport athletes:

–Clearly identify objects from the background1,2,3

–Promote calmness while under stress4

It’s safe to say that controversy and traditional sports go hand in hand. Esports is no different with the issue of doping coming to light most notably in 2015 when Kory “SEMPHIS” Friesen, a renowned Counter-Strike: Global Offensive (a.k.a, CS:GO) player, spoke about the rampant abuse of the popular ADHD drug Adderall at top-ranked events. In response, leading professional esports teams and ESL (formerly known as Electronic Sports League), the world’s largest esports company, with support from the World Anti-Doping Agency (WADA), created The World Esports Association (WESA) to help address challenges in gaming including doping.

The functional beverage industry was quick to fill in this white space opportunity positioning their standard caffeine drinks with an esports spin. While N. America† and W. Europe†† showed that energy drinks are popular amongst gamers in their regions, APAC††† stood out with China and India both showing at least a third of their gamers guzzling their energy.

The energy drink category is crowded with products lacking differentiation. Considering that gamers are frequently looking for the next new trend and have a more positive brand attitude toward energy drink companies in all three regions, there may be an expanding opportunity for better consumer adoption with not only energy drinks with added benefits but other delivery forms such as gummies.

Xtenergy is a natural caffeine, clean-label friendly ingredient derived from green coffee bean—using a solvent-free extraction process. With clinically demonstrated benefits including being more alert and better mood as well as being less jittery, tense, and tired, Xtenergy delivers sustained-release energy over several hours and produces a same-day effect that gamers can feel.6

Want a caffeine-free option? Award-winning, clinically studied enXtra is a unique caffeine-free ingredient that targets a cognitive process known as “Attention Network Function” (ANF), which is the ability of the brain to allocate processing resources to a specific task. enXtra offers a unique approach to help gamers stay alert and focused by supporting mental energy.7,8 In one study, enXtra showed a decrease in error rates while other research showed enXtra provided energy while supporting a feeling of calmness.8,9,10

enXtra was granted a cognitive performance patent and has also been certified by Informed Ingredient, a Quality Assurance certification for dietary supplement manufacturing facilities, which ensures that ingredients have been tested for banned substances and comply with WADA guidelines.

Where there is a problem, there is a market. And as gaming became more prevalent, so did the demand for comfort during gameplay which ushered in a new niche market for ergonomic devices such as chairs and mouses. And while manufacturers of these claim to help with the physical effects of gaming, they are still evident. A recent article by Harvard Health Publishing claimed that prolonged gaming can cause “repetitive stress injuries” such as carpal tunnel syndrome, tennis elbow, and “Gamer’s Thumb” (also known in the medical field as “de Quervain’s tenosynovitis”). What these all have in common is pain and inflammation caused by the overuse of specific muscles and tendons when gaming.

Moreover, gaming contributes to a sedentary lifestyle, which has been playfully named by the scientific community as “Sitting Disease,” with experts saying that “sitting is the new smoking”. While there are many contributing factors such as weight gain associated with sedentariness, one that should cause concern is poor circulation which can cause anything from aching extremities, stiffness and cramping to more serious issues such as varicose veins or blood clots.

The antioxidant and anti-inflammatory properties of curcumin have made it a consumer favorite in recent years. However, because curcumin has poor solubility and absorption, large doses of standard curcumin powder are typically needed for health benefits. In a placebo-controlled, crossover study comparing commercial curcumin products, Curcuwin increased relative absorption of total curcuminoids 46-times over standard curcumin.11 But what makes sports nutrition patented Curcuwin uniquely positioned for gaming and esports is that it has been clinically shown to promote circulation.12,13